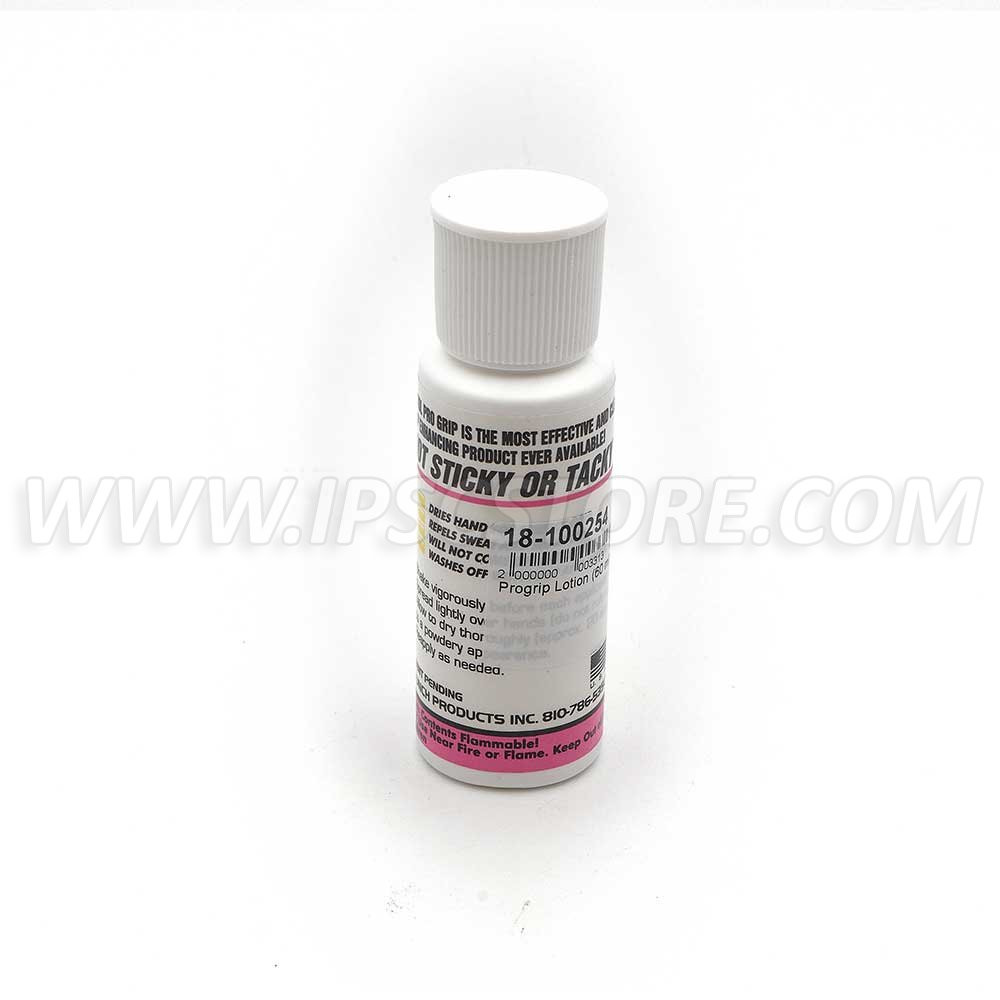 
Pistol Pro Grip was designed by David Clark, a Master shooter from Michigan and winner of numerous IPSC titles including 4xMichigan State Champion. Not satisfied with existing products, David created his patented formula that enhances your grip, dries your hands and isn't messy.

What is Pistol Pro Grip and How does it work? It is a scientifically formulated and patented material originally developed to enhance your gripping ability; to give you a competitive advantage. When applied as directed, the fluid quickly evaporates and millions of sub-micron silica particles are deposited on the skin that then combine with the natural oils of the skin to form a barrier against moisture, cold, grease, oil, and grime.

Benefits of Pistol Pro Grip. First, you will grip with more power, confidence and control without having to squeeze tighter. Second, your grip will not fail during the heat of competition, because of sweaty and slippery hands. Third, Pistol Pro Grip is cleaner, more convenient to use and lasts longer than other grip enhancing products. Fourth, Pistol Pro Grip will protect the hands from grease, oil, and grime, and will not come off on your gun or clothing.

Is It Safe? It is completely safe when used as directed. It is non-toxic, totally inert, because silica is like the sand on a beach and washes off with soap and water. It has been tested in accordance with FDA toxicity test protocols and results show it to be totally safe. The carrier fluid is flammable but evaporates very quickly once it is applied as directed. It does not prevent sweating and it does not block all the skin pores so the skin can continue to breathe, but it does cause perspiration or ambient humidity to bead like water on a well-waxed car. Once beaded, it is easily repelled.

Very Important! Always shake the bottle vigorously before each application to make sure the silica particles are in suspension and not settled at the bottom of the bottle. This will provide an even and dense coating of particles. Dispense an amount approximately the size of a dime, then spread on hands and in-between fingers and on the back side of strong hand fingers and allow to dry (approximately 30 seconds). The proper amount has been applied when there is an even, white coating on the hands and they repel water.

Pistol Pro Grip lasts longer than conventional grip enhancers, however, you can reapply as often as you feel it is needed. Pistol Pro Grip can be applied to the wrists as well as the hands because as perspiration runs down the arms it will hit the barrier on the wrists and dissipate before it reaches the hands. During the drying phase, a white residue of silica particles will appear. This is normal and will eventually disappear.